No matter how much education, dedication, experience, skill, talent, or whatever element is within the artist's control....there are just as many variables that are out of the artist's control.  Even artists that have achieved a certain level of success seem not assume that they or their work are assured future success.  Opinions change. Tastes change. Audiences can be fickle. Though at times it can be an artist's own self deprecating nature, their is a certain amount of unexpectedness to success in our field.  All we can do is continue to push forward and be true in creating what is within us to create...not allowing the opinions of naysayers to influence our path. When the unexpected successes take place, we can humble receive them with a grateful heart. 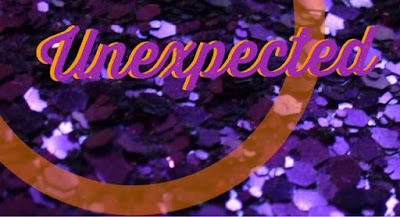 (This is a longer section of scripture...but I felt it important to share the whole passage.)

Jesus entered Jericho and was passing through.  A man was there by the name of Zacchaeus;  he was a chief tax collector and was wealthy.  He wanted to see who Jesus was, but because he was short he could not see over the crowd.  So he ran ahead and climbed a sycamore-fig tree to see him, since Jesus was coming that way.  When Jesus reached the spot, he looked up and said to him, "Zacchaeus, come down immediately.  I must stay at your house today."  So he came down at once and welcomed him gladely.  All the people saw this and began to mutter, "He has gone to be the guest of a sinner."  But Zacchaeus stood up and said to the Lord, "Look, Lord!  Here and now I give half of my possessions to the poor, and if I have cheated any body out of anything, I will pay back four times the amount."  Jesus said to him, "Today salvation has come to this house, because this house, because this man, too, is a son of Abraham.  For the Son of Man came to seek and to save the lost."
Luke 19: 1-10  (NIV)

I love the story of Zacchaeus.  Zacchaeus's desire to see Jesus is so great that he climbs a tree in order to see him.  UNEXPECTED.  Jesus acknowledging Zacchaeus and tells him he was going to stay at his house.  UNEXPECTED.  Zacchaeus's response of giving back to those in need and those he had wronged.  UNEXPECTED.  Unfortunately, the only thing that isn't unexpected is the reaction of the people.  Their disdain for who Zacchaeus was and what he had done did not allow them to see the miracle that was occurring right in front of them.   They also lost sight in that moment that they too had been given grace for their own sins.   Zacchaeus's response was not contingent on how the people perceived him, but because of how the Lord meet him right where he was & loved him. All he could do was continue to push forward in this new life he had been given, and not allow the views of others to dissuade him from what God had called him to do.

Are we like Zacchaeus....doing whatever it takes to see Jesus?