So as I posted earlier....my baby girl turned 3!  We had a Princess Party for her...including a princess Barbie cake.  We thought this would not be a major issue...I worked in the bakery in college...we watched a YouTube video on how to construct & ice the Barbie cake.  No problem...right?!?!!? 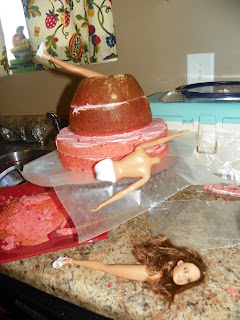 Everything that could go wrong...did go wrong!!  One of the layer cakes would not come out...well...I should say come out in one piece.  We realized all the cakes shrunk BIG TIME...and they would not come up high enough on the doll.  THEN I broke the head off of the doll.  After hacking off the legs so the doll would fit in the shrunken cake....I put the crumb coat on and went to place it in the refrigerator...AND IT FELL OFF THE CAKE STAND INTO THE REFRIGERATOR!?!?!?!!? 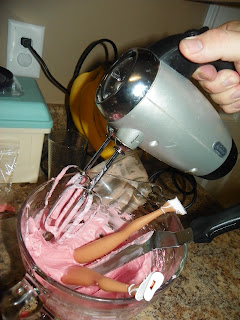 I guess when it said ADD ONE BARBIE...it didn't mean this?!?! 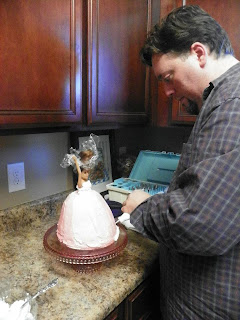 I got the cake back on the cake stand & my wife was able to get it into the refrigerator to chill.  She put a second coat of icing on it...and then left it to me to make it pretty. 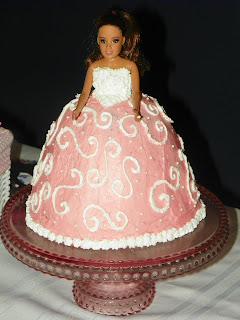 This was the finished cake.....it turned out ok...but I'm not quitting my day job anytime soon! 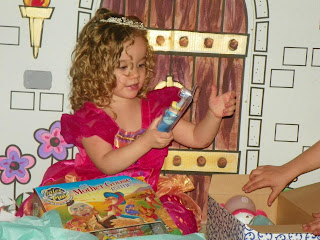 My pretty Princess Margaret had a wonderful day..and was none the wiser about the drama that was her Barbie cake!!

CAKE DECORATING IS AN ART....AND I HAVE SO MUCH RESPECT FOR IT!!