Though I have a visual arts related bachelors & masters degree, I often identify myself most closely with folk/outsider art. I never felt like I fit in artistically during my undergraduate degree.  I was told by my first watercolor professor that my subject matter was not appropriate for the medium, and that I'd be better off getting into oils. The second watercolor professor I had said I was not refined enough to be a true watercolor painter.  Then the third watercolor professor told me she just didn't "get" me.   I'm sure most would have gotten the hint and moved to another area of study.  I, however, was not that bright, too poor to switch concentrations, and too stubborn to give up! ha ha  I actually loved watercolor(still do), but did not have the hang ups of those trained in it to feel restricted.  I struggled to understand my professors' issues with me and my work.  If art was suppose to be a place to express yourself, push the boundaries, and innovate....why was what I doing wrong in their eyes?  I found a professor to independent study watercolor 4 & 5.  She did  not try to change what I was doing...she tried to push me to be the best I could be in what I was doing.  She said I didn't need to look like, act like, or perform like anyone else.  I needed to just be me, just show up & create, give all that I had, and that would be enough. Because...you can't give what you don't have. 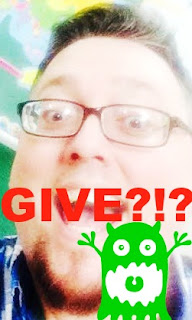 Jesus sat down opposite the place where the offerings were put and watched the crowd putting their money into the temple treasury.  Many rich people threw in large amounts.  But a poor widow came and put in two very small copper coins, worth only a few cents.  Calling his disciples to him, Jesus said, "Truly I tell you, this poor widow has put more into the treasury than all the others.  They all gave out of their wealth; but she, out of her poverty, put in everything-all she had to live on."
Mark 12:41-44

In this scripture, we see that Jesus is teaching the disciples a lesson about God's economy.  I'm sure, with many of the disciples coming from extremely humble backgrounds, they might have been impressed with the amounts of money the wealthy gave to the temple treasury.  It would be easy to pass over the small amount given by the widow. However, Jesus made sure that they knew the truth. The widow was not giving out of  her abundance...she was giving all that she had to give. Her money could not match that of the wealthy, but it far exceeded what they gave.

Did she know where her next meal would come from, how she would pay her bills, or how any of her other needs were going to be met?   We don't know the rest of her story, but Jesus felt the need for her to be recognized as an example of giving.

She showed up.  She gave what she had.  God did not ask her to give what she didn't have.  I wonder if we fear giving our time, talent, possessions, and finances because we've seen how others give, and we know we don't have that much to offer.  God is not calling us to give what we don't have.  He is calling us to give what He has given us.  That looks different for each of us, and we can not start comparing ourselves to others.  We just have to show up...and give what He is calling us to give...whatever that might look like.  For some it is adopting a child....giving away their under used household items....teaching Sunday school....supporting a missionary....building into younger believers...donating food....etc.

PRAYER
Dear Lord...thank you for all you have given us!  We are blessed beyond belief.  May we have hearts that JUST SHOW UP!!!  May we give what we've been given...love like we've been loved...bless like we've been blessed!  We can not out give you.....and you will always meet our needs!!
In Christ's Name, AMEN