We are nearing the end of the 9 weeks of online line learning, and I have many students that have not turned in their work.  So this week we did a "draw together" time, so that they could focus on uploading their past assignments this week instead of doing any new ones.  Cartoons are always a hit with students, and a great online lesson to teach.
I've included the YouTube video for each of the lessons. 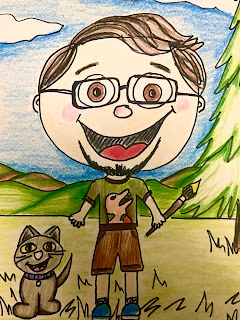 Kindergarten had been working on self portraits.
This week we turned ourselves into cartoon characters. 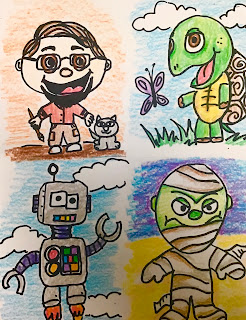 1st grade had been working on shapes and lines.  So I had them create a variety of cartoon characters (self portrait, animal, robot, creature/monster) 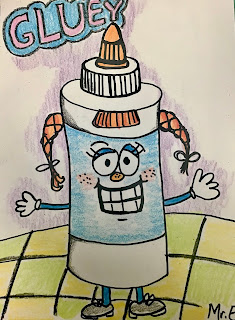 Second grade had been studying still life art.  I had them draw on still life object, and then turn it into a cartoon character.  I also showed them how to create Box and Bubble Letters. 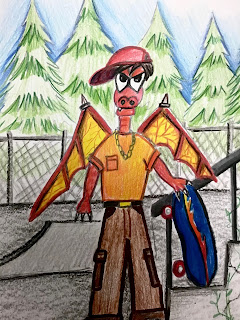 The week before 3rd grade students had created a "mood" dragon.  I had them take their dragon from last week, and turn it into a cartoon character with human characteristics. 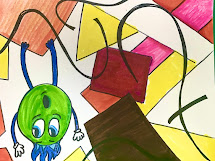 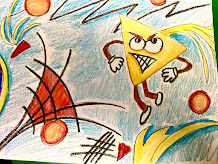 4th Grade had been looking at the work of Kandinsky.  This week I had them create a Kandinsky inspired picture, but had them turn their focal point into a cartoon character. 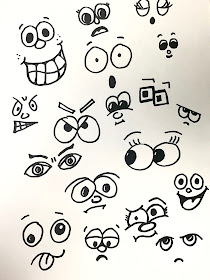 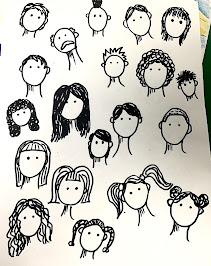 I drew up these sheets to show my students to inspire them in their cartoon creations.