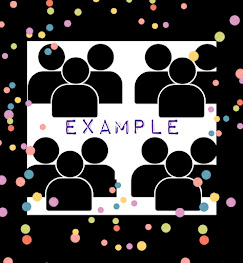 Over the years I've seen many artists fight themselves.  They fight with their skill set because they think they should be better or different than they are.  They fight with their ideas. They feel their work doesn't say enough or what the current trends are in art.  Even though it is good to strive to improve & question one's self....fighting with yourself usually ends in feeling defeated & being ineffective.  I was told my style was not appropriate for the medium that I was using & my subject matter was all wrong. It was like they were trying to make an example of me. They wanted to put me on display so others could see not to break their "norms".    I wrestled with what was said to me.  For a time I felt like giving up.  However, I realized that my artistic voice had a place in the midst of all the noise in the art world.  I had something to say & a unique way of saying it. I wanted to be an example of expressing my voice in a way that felt authentic to me.
Each of you should use whatever gift you have received to serve others, as faithful stewards of God's grace in its various forms.  If anyone speaks, they should do so as one who speaks the very words of God.  If anyone serves, they should do so with the strength God provides, so that in all things God may be praised through Jesus Christ.  To him be the glory and the power for ever and ever. Amen.
1 Peter 4:10-11

We all have skills that can be used to glorify God & reach out to those he has placed in our path.  However, we often find ourselves defeated & ineffective because we are trying to operate outside of how we were designed.  We see others who seem so skilled & gifted....and we want to be like them. We were created to be ourselves.  We need to look at the unique person God made us to be, and be the very best version of that.  We also need to make sure we are faithful with gifts & talents we have been given.  If we are not employing those skills they are not doing the kingdom, others, or ourselves any good. Plus, we need to be examples of what it means to live out the life God has uniquely called us to.
Are you using your gifts/talents/skills to glorify God?  If not, why?  What is holding you back from being your best & doing your best for the kingdom? Are you being an example to those around you on serving God what all that YOU are in him?